From IPv4 to IPv6

While there has been tremendous delay in dealing with this issue, eventually the Internet Engineering Task Force introduced IPv6, with its first official use for the 2008 Olympics. IPv6’s 128 bit addressing scheme allows for 3.4×1038 addresses. That’s 38 zeros at the end; exponentially more than the 9 digits expressed by the word billion.

The transition to IPv6 has been slow. One big reason for the difficulty is that the two versions are not compatible, as systems can only run IPv4, or IPv6. If both versions have to be implemented, a special dual stack method must be employed that can introduce compatibly and security concerns.

In 2012 there was a bump in IPv6 adoption when major players like Google converted. However, IPv6 traffic is still fairly insignificant compared to IPv4. According to Google statistics, only about 1.25% of users are currently native IPv6 capable, up from about 0.4% at the start of 2012.

There is general agreement that the IPv4 to IPv6 transition is necessary. As IPv6 capable systems become commonplace and the need to use IPv6 becomes inevitable, IPv6 will gain traction and increasingly become the standard Internet Protocol method.

This transition to IPv6 has important implications when it comes to website monitoring. There are concerns that the transition may have lurking performance issues. Plus, the same approach to end-user website performance monitoring that worked for IPv4 will not work for IPv6. Consider that:

When a business relies on reliable access and consistent user experience, it is imperative to know that a website is working and working properly – no matter what Internet Protocol the website address and traffic uses. But not all monitoring services are equal when it comes to IPv6 monitoring.

Dotcom-Monitor has established a Native IPv6 Monitoring Bureau dedicated to effective end-to-end IPv6 website performance monitoring. Dotcom-Monitor tests for performance and accessibility and can also simulate real user activities such as validating text and images as well as portal logins and shopping cart functionality.
Reports on performance trends and error alerts are used respectively to improve the quality of service over time speed-up the mean-time-to-repair (MTTR).

As a result of this IPv6 monitoring:

When creating a plan to switch an IPv4 network to IPv6, a monitoring service that is IPv6 enabled, Like Dotcom-Monitor, is recommended. The IPv6 monitoring locations, IPv6 trend reports, waterfall charts, and network-level breakdowns will help analyze IPv6 performance to quickly troubleshoot and resolve issues.

Get started today with Dotcom-Monitor with a free 30-day trial. 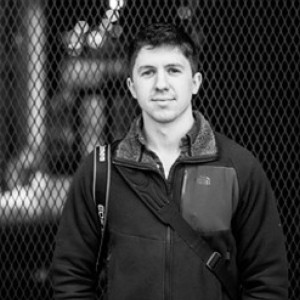