The Double Rainbow video guy is shilling for Microsoft and the stats on online videos continue on a sky rocketing uptick. Thus spoketh Double Rainbow guy "It's so beautiful, but what does it mean?" It means that the ying of online video is in a gigantic, exuberantly crazy growth phase and that the yang of streaming media monitoring is nearby. The Double Rainbow video guy is shilling for Microsoft and the stats on online videos continue on a sky rocketing uptick. Thus spoketh Double Rainbow guy “It’s so beautiful, but what does it mean?” It means that the ying of online video is in a gigantic, exuberantly crazy growth phase and that the yang of streaming media monitoring is nearby. (Try a free instant video stream test here.)

As downloads of the Double Rainbow Guy video climbs into the ga-billions, our exuberant friend Paul “Hungry Bear” Vasquez (aka “the double rainbow guy“) has reminded us once again of the wild “Double rainbow all the way!” nature of the online video universe.

Of course, its difficult to know when and if a “consumer” video will jump to prominence. Vasquez’s video was online in Janurary 2010 and didn’t fully explode into the meme-osphere until July. Similarly,the Mayo Hospital older couple video, took months to build momentum. On the one hand, its difficult to make a case for monitoring every blissed out Yosemite rainbow inspired video on the web. On the other hand, business-related videos (or video as a service) tends to be much more consistent in the number of views. Also, despite having generally a smaller number of viewers than the YouTube videos that make The Daily Show, the impact of uptime and performance of a “business” video on a business is of more strategic importance. Bottomline: the audience expectation of a “business” video is high and reflects on the overall business itself. This is where streaming media monitoring plays an especially important role — by helping to ensure the reputation and revenues of online “business” videos, such as the one where Mr. Vasquez uses his YouTube moment of inspiration to launch a career as an actor in the recent online video for Microsoft Live Photo Gallery.

How does it work? The streaming media monitoring service connects to the media server, performs buffering, plays the stream for 3-5 seconds, and then disconnects. The monitoring service measures metrics like Connection Time, Buffering Time, Received Packages, Buffering Packages, Frame Rate and Average Bytes Per Second. If a metric falls outside of established parameter an alert can be sent. For example, if a news website hosting the Double Rainbow guy video slows down because it has 10,000 additional hits in an hour, then an alert is sent to the owner of the website.

Now, do yourself a favor. Close your office door, turn up the volume and enjoy the video ying of The Double Rainbow Guy. Then open your office door, put your hand to your chin in a thoughtful manner and try the video yang of the Instant Free Streaming Media Monitoring Test on your own business video. 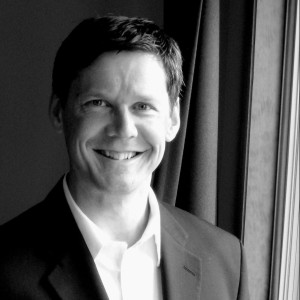